What Is A Solar Water Heater? Why Do People Have Them?

If this is the first time you've heard the term, you may be thinking of a hot water tank that uses solar energy to power it- you're probably familiar with solar panels.

And while you're not necessarily wrong, the process is a little bit different then what you're thinking of.

In the first place, while many do have the flat panel like appearance, instead of turning sunlight into electricity, these specifically are designed to turn it into heat. How? Well, more or less by the same process that turns a black car into a furnace on a sunny day. In fact, some of the earliest models date back to the early 20th century, and used water tanks painted black and that was more or less it.

Modern models are more complicated, intended to be more reliable with a consistent temperature. Many come with a backup water heater, as well. The backup heater can serve to regulate the temperature, making sure that the water temperature is consistent when it goes to the house. It also can kick in when the weather is being uncooperative, or there's a really high demand on the system and the solar water heater just can't quite heat up.

Why Do People Have Them?

There are lots of reasons!

This is because typical tank water heaters operate on a regular basis. They'll fill up and kick on after you've washed your hands at the sink, even though you only used a little water. A solar water heater operates differently and uses less power, which makes it invaluable to people who are trying to pare back how much power they're using so they can convert to solar energy.

This is also extremely useful to those who have to deal with peak and off-peak energy hours. Not everyone has to deal with this, of course, but if your electricity company charges you more for power used during peak times, you may have struggled with getting your bill down. You can avoid using your TV and turn the air conditioning up during the day, but it's not so simple with a typical water heater. Converting can save you energy costs, especially during peak hours. 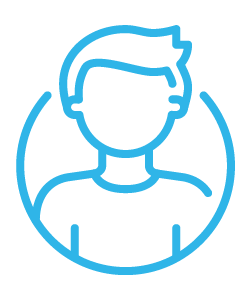 Think about how many times in a day you rely on electricity of fuel. You rely on electricity when you turn on the lights, use the toaster, or run the microwave. You rely on natural gas or perhaps propane when you turn on the heater or use your stove. If energy were not available to you, life would be completely different. If you're completely intrigued by the important world of energy, you're not alone. We share your passion, which is why we've compiled the articles on this website. Here, you will learn more about various energy sources and how to better conserve energy at home.